Based on whether the IT is doing the right thing (aligned with business goals) and whether it is doing it right (effective), the researchers divided the companies in four groups: 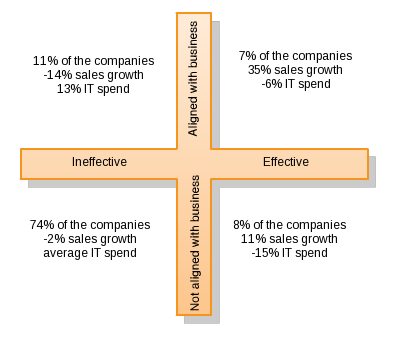 For more information, see Allan Kelly’s post on this topic.